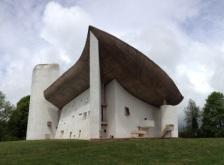 The United Nations Educational, Scientifc and Cultural Organisation (UNESCO) has recently recognised the outstanding architectural contribution of Le Corbusier to the Modern Movement. 17 of his works, across 7 countries have now found their way onto the list of UN World Heritage sites.

Dating from the period after World War One, his bold yet functional works triggered a break from the past.  Although not to everyone's taste, his structures aimed to meet "the challenges of inventing new architectural techniques to respond to the needs of society". Iron, concrete and glass were his materials of choice.

Fourteen of the sites are located in Europe:

One of the residential housing priniciples for which he is famed is the Unité d'Habitation, reflecting his view that a tower block could provide a solution to all those displaced during  World War Two.